*
Doubling Up - a small poem published in QUEST.  Then expanded by Pramil to கண்ணாடியுள்ளிருந்து  - அஃக் -1973. 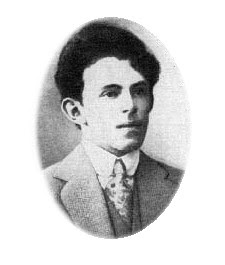 To cure wounds is so rigid:
They drank the air and poisoned bread.
Young Joseph who was sold to Egypt
Could not be more deathly sad!

The nomads under starry dome,
With eyes, half-closed, and on horse,
Compose sagas, while they roam,
About day they vaguely crossed.

Few things they need for inspiration:
One lost his quiver in the sand;
One changed his horse ... . In peaceful fashion
The daily mist comes to its end;

And if a song is simply gaining
Your heart with non-predicted grace,
All vanish -- only they are reigning:
The stars, the singer, and the space!

I can’t sleep. Homer, and the taut white sails.
I could the list of ships read only to a half:
The long-long breed, the train of flying cranes
Had lifted once the ancient Greece above.

The wedge of cranes to alien far frontier --
On heads of kings, as foam, crowns shine --
Where do you sail? If Helen were not here,
What Troy then means for you, Achaeia’s people fine?

And Homer and the sea are moved by only love.
Whom must I listen to? Homer is silent yet,
And blackened sea with roar comes above,
Sunk in triumphant noise, head of my sleepless bed.

I had not tried the wine that ancients made,
And had not heard of Ossian’s old tune;
So why, on earth, I seem to see the glade,
And, in the skies -- the bloody Scottish moon?

And the call-over of a raven with a harp
I faintly hear in that silence, full of fright,
And, spread by winds, the winter woolen scarves
Of knights are flashing in the red moonlight!

I had received the blessing to inherit
Another singer’s ever rambling dreams;
For kin’s and neighbor’s  spiritual merits
To have despise we’re absolutely free.

And not a lone treasure, I suppose,
Will pass grandchildren and to others fling,
Again a scald will ancient songs compose,
And, as his own, will again them sing.
"O Heavens, Heavens..."

O heavens, heavens, see you in my dreams!
It is impossible -- you had become so blind,
And day was burned as if a page  -- to rims:
Some smoke and ashes, one could later find.

"I Often Shiver With Cold"

I often shiver with cold --
I want to be mute as a thing!
There is, in the skies, dancing gold
Sending me commands to sing!

Singer, be sad and upset,
Love, and remember, and call,
Catch, from a dark planet sent,
Light and magnificent ball.

That’s a true link, I believe,
With the mysterious worlds!
What an oppressive grief,
What a misfortune holds!

What if that star, as a pin,
Suddenly’ll pierce my heart?
That one, which shimmering spins
Over the shop apart?

I could not among the misty clouds
Your unstable and painful image catch,
"Oh, my God", I promptly said aloud,
Having not a thought these words to fetch.

As a bird -- an immense bird and sound --
Holly Name flew out of my chest.
And ahead the  mist mysterious crowds,
And the empty cage behind me rests.

No, not the moon, but simple dial-plate
Is lightning me, and ‘tis my nasty fate,
That lights of stars I feel as light internal!

And loftiness of Batyushkov I hate:
"What time is it?" - he had been asked there
late --

I feel the undefeated fear,
In presence of the misty heights;
I'm glad that swallows fly here
And I enjoy the belfry's flight!

The ancient traveler is going, I suppose,
Above the gulf on bending footway's planks,
The snow ball continues in its growth,
And great eternity on clocks of stone strikes.

But I am not that traveler at all,
That flashes on the dry and faded leaves,
And really in me the sadness calls;

Indeed, the avalanche among the highlands lives!
A ring of bells my own soul fills -
But music cannot save from devastating falls!

And he had answered with curiosity "Eternal!"

at 4/30/2014 10:53:00 am
Email ThisBlogThis!Share to TwitterShare to FacebookShare to Pinterest
Newer Posts Older Posts Home
Subscribe to: Posts (Atom) 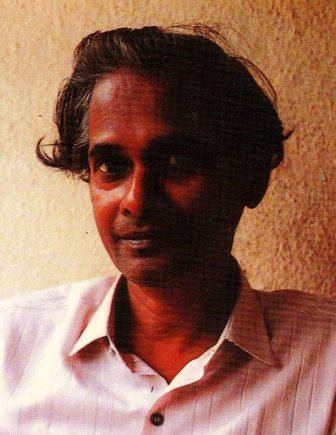